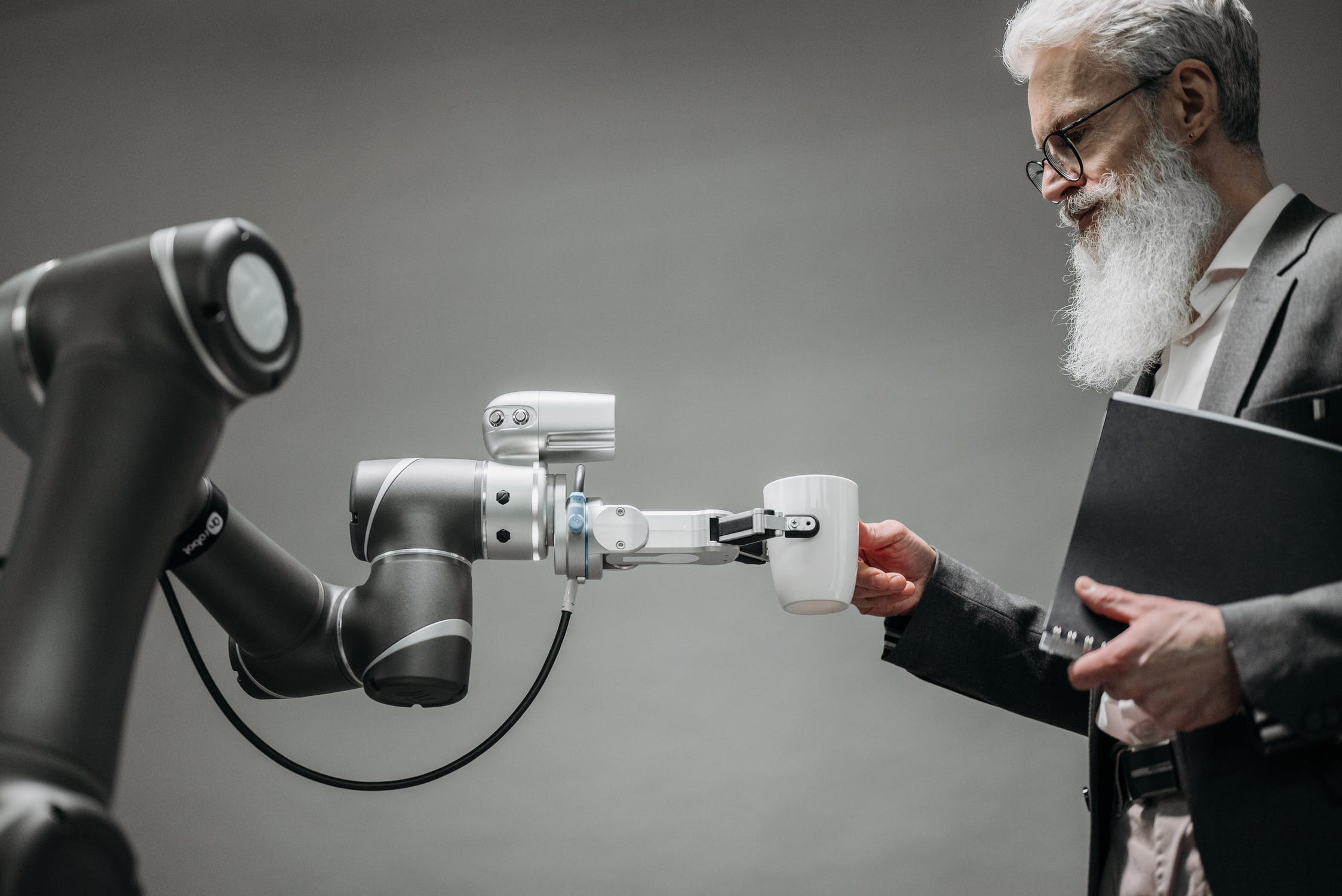 Is “automation” in technology new?

Automation means using tools and machines to do the tasks that humans used to do and generally is perceived to be a modern revolution automating across all sectors including manufacturing, warehouse, distribution and technology. Even farming continues to be automated with John Deer unveiling their 1st automated tractor this year.

Automation was first named in this fashion by the automotive industry in the 1940s to describe the process of machines constructing cars on production lines and indeed when we think of automation this is the type of image that comes to mind,

Automation, however, can trace is roots back hundreds of thousands of years, perhaps even millennia ago to the prehistoric ages. In the most simplistic form of automation, cavemen using stone tools to make their lives easier is a form of automation. Fast forward a few thousand years and windmills producing flour through a near fully automated process was a big leap in automation. This can be seen across the world from China through to Greece, each using natural resources to automate processes.

The first industrial revolution of the 18th century saw automation turn Britain in to a power house economy. The invent of factories and production lines using technology such as the hydraulic loom sped up production and overcame labour deficits. Powered by oil, electricity and coal, these “dark, satanic mills” were connected by new steam train railways, automating our ways of travelling.

This progressed in to the second industrial revolution of the late 19th , early 20th century, where the Bessemer process not only opened up steel to produce infrastructure, but also allowed for more powerful factory engines. This, coupled with the first basic computing, led to an increased automation of tasks on the production line. It was, perhaps, in this revolution that we first saw the conflict between man and machine and the foreshadowing of the mixed benefits of automation. Indeed, automation made some lives better, creating new jobs and globalising society, but working conditions in factories were poor and with automation changing society from agricultural to industrial, labour was abundant and jobs more scarce.

Starting with automation in manufacturing such as cad-cam building through computer processing being used for more complex calculations thus negating the need for manual person-led calculations to coding automating basic tasks, the need for human intervention has decreased across all sectors. The modern computer and internet has further revolutionised society by giving the majority of the population access to a wealth of information, truly demonstrating the shift from manual task to automation.

Advocates say we are now entering the 4th industrial revolution, as of 2011, where renewable energy replaces the oil and coal power sources of the previous revolutions and machine learning and big data is forcing digitalisation even further. They argue we will see much more automation of tasks – not just manual tasks such as John Deer’s tractor, but also amongst service, decision making and thinking tasks, which used to be left to human brain power.

Society has managed to adapt to automation, right from prehistoric times through the industrial revolution, but what will the adaptation to the continued development of automation involve? There will undoubtedly be job displacement, particularly among more manual work and society will need to retrain which will involve governments, organisations and welfare providers all working together to get society ready beforehand, rather than picking up the pieces afterwards.