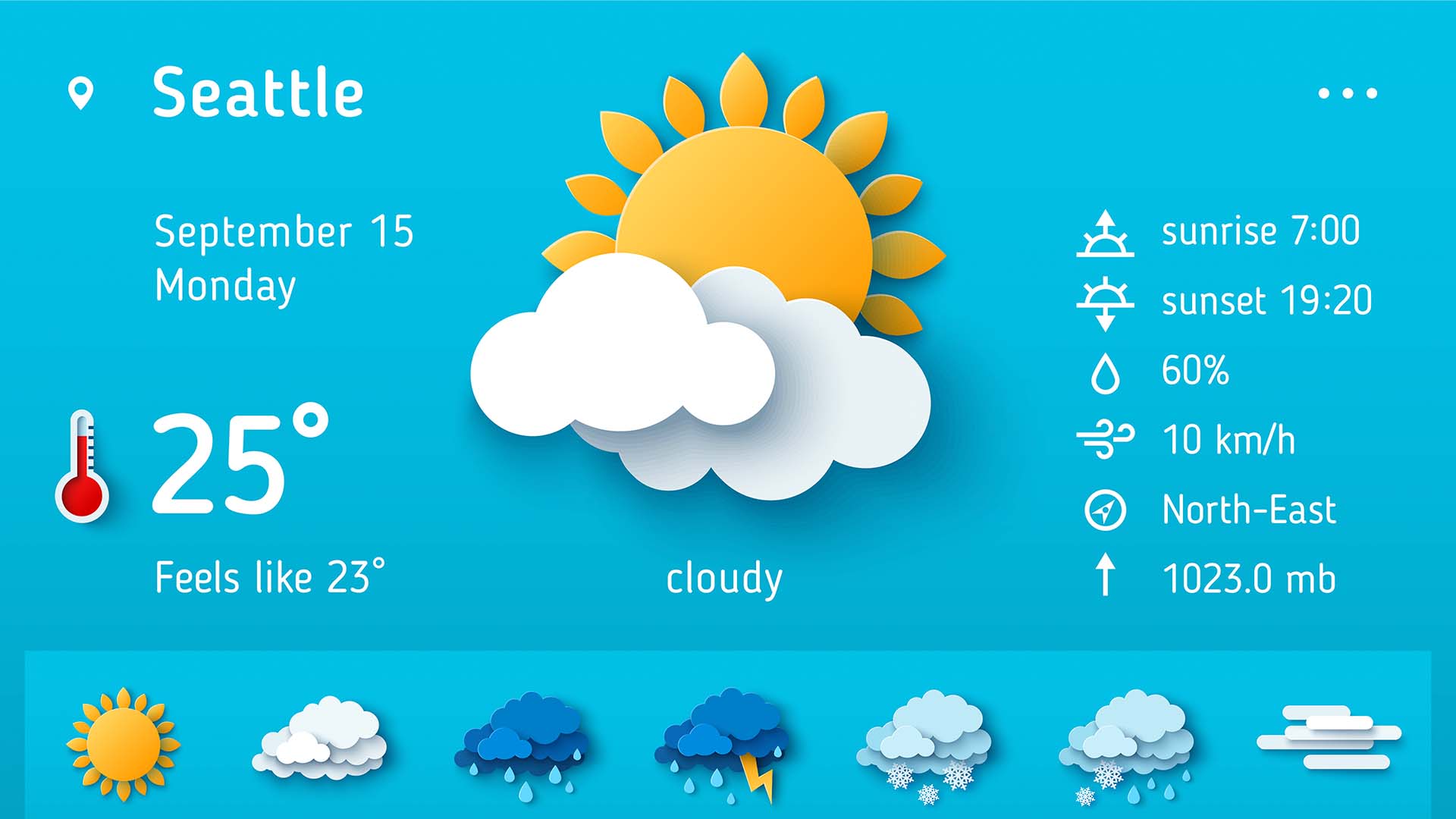 How technology has improved our ability to forecast the weather

How technology has improved our ability to forecast the weather.

In 1987, Michael Fish famously denied a caller to the BBC weather center’s predictions that there would be a hurricane. Later that day the great storm of 1987 hit the south of England and left hundreds of thousands without power and 18 people dead. It was the most damaging storm since 1701.

So how did the forecasters get it so wrong, and has predicted the weather improved since then?

In the 1980s Doppler was just being added to radar technology to predict wind and rain movement, but this was still in its infancy and there was little historical data that could be used to predict future movement based on past learnings. Added to this that computer processing speeds were much lower in the 80s that the models could not be updated as quickly. Weather predictions at this time were still made from measurements and observations from ships, aircraft, and buoys.

Since then, the technology used to predict the weather has improved dramatically.

Computer processing power has improved leaps and bounds since the 1980s and modern computers with faster processing can analyze big data much more efficiently. This, coupled with machine learning and that there is much more data on past weather events now than ever before, means that historical and current weather patterns can be used to predict future weather through improved modeling. The Met Office’s supercomputer can perform 14,000 trillion calculations per second.

That there is more historical and real-time data is thanks to the increased use of radar and satellite technology. This technology is ever-improving in accuracy and modern satellites now provide remote sensing of atmospheric conditions – something that was not available to the met office in the 1980s.

Better communication has also improved the prediction of the weather. With real-time changes being fed into the models and more local data taken from cell-phone towers, weather stations, drones, and internet-connected devices, a more localized up-to-date picture of the weather in a specific area can be forecast.

How we receive the weather forecast has also helped to keep us updated on changes to the weather. Previously we had to wait for the daily newspaper to get our weather forecast and due to the print lead times, this could be 24 hours out of date before it even reached our homes. We then moved to 3 x daily weather forecasts as part of the major news programmes to weather forecasts every half an hour on rolling news stations. Now, with modern smartphones and IOT devices, you can get the weather forecast, localized to your specific area from a number of applications, and these forecasts are updated regularly in real-time. Emergency weather alerts can also be pushed out to mobile devices meaning we stay abreast of any severe or potentially dangerous weather such as tornadoes and hurricanes.

Better prediction of the weather has great benefits across a multitude of areas.

For outdoor events organizers an accurate, up-to-date weather forecast is vital. No last-minute cancellation of concerts or gigs because of a bad storm and contingency plans can be put in place for a change in weather as seen in the recent Olympics when the marathon route was changed due to long-term forecasting of high temperatures.

For supermarkets and food producers knowing when to get the BBQ lines out and when to get the snow shovels out not only means the end consumer has what they need when they need it but helps them to manage their stock levels reducing waste and stops them from having too much stock on hand. For fashion retailers, knowing when to introduce seasonal discounts can make the difference between a profitable collection or a failure.

For tourist attractions, they know when to flex up their staffing levels to accommodate peak periods and when to stand them down during poor weather. Knowing which rides and attractions will be open due to weather conditions also prevents visitors from being disappointed upon arrival.

For airlines, being able to cancel or re-route flights ahead of poor weather events means they can keep people travelling and keep their planes where they are supposed to be. Same with cruise-liners and ferries being able to avoid stormy seas.

Perhaps the most valuable benefit of an improved weather forecast though is the lives that it can save.

Tornado forecasting models are now more reliable 72 hours out than they were 24 hours out 40 years ago. This gives emergency planning authorities the time to evacuate residents, secure buildings, and prepare for the tornado thus minimizing both casualties and collateral damage. The ominous-sounding tornado warning sirens are now not the first warning of impending tornadoes, instead of television, internet, and push messages to warn residents in affected areas in time.

This improvement for severe weather isn’t just limited to disasters. With long-term forecasting of heatwaves, social care can improve their provision for the elderly or infirm. For torrential rain, warnings can be issued to reduce travel and for snowstorms and severe frosts, businesses can prepare for people to be working remotely rather than attempting to travel into places of work.

But the weather is still unpredictable, and we still get caught out. From the annoyance of being caught without a jacket in a particularly heavy rain shower on what was supposed to be a warm and sunny day to the danger of flash floods that no one had prepared for, the modeling of weather prediction is still not 100%.

Experts say that the storm of 1987 could still not be predicted to be as severe as it was even using modern day calculations. A 2017 study found that the storm would have been given a name and an amber weather warning would have been issued but not a red weather warning used for the most severe storms, even though this storm was the worst since 1703.

This shows that no matter how far we have come in our prediction of the weather, mother nature still has some surprises up her sleeve and isn’t afraid to inflict them on us!