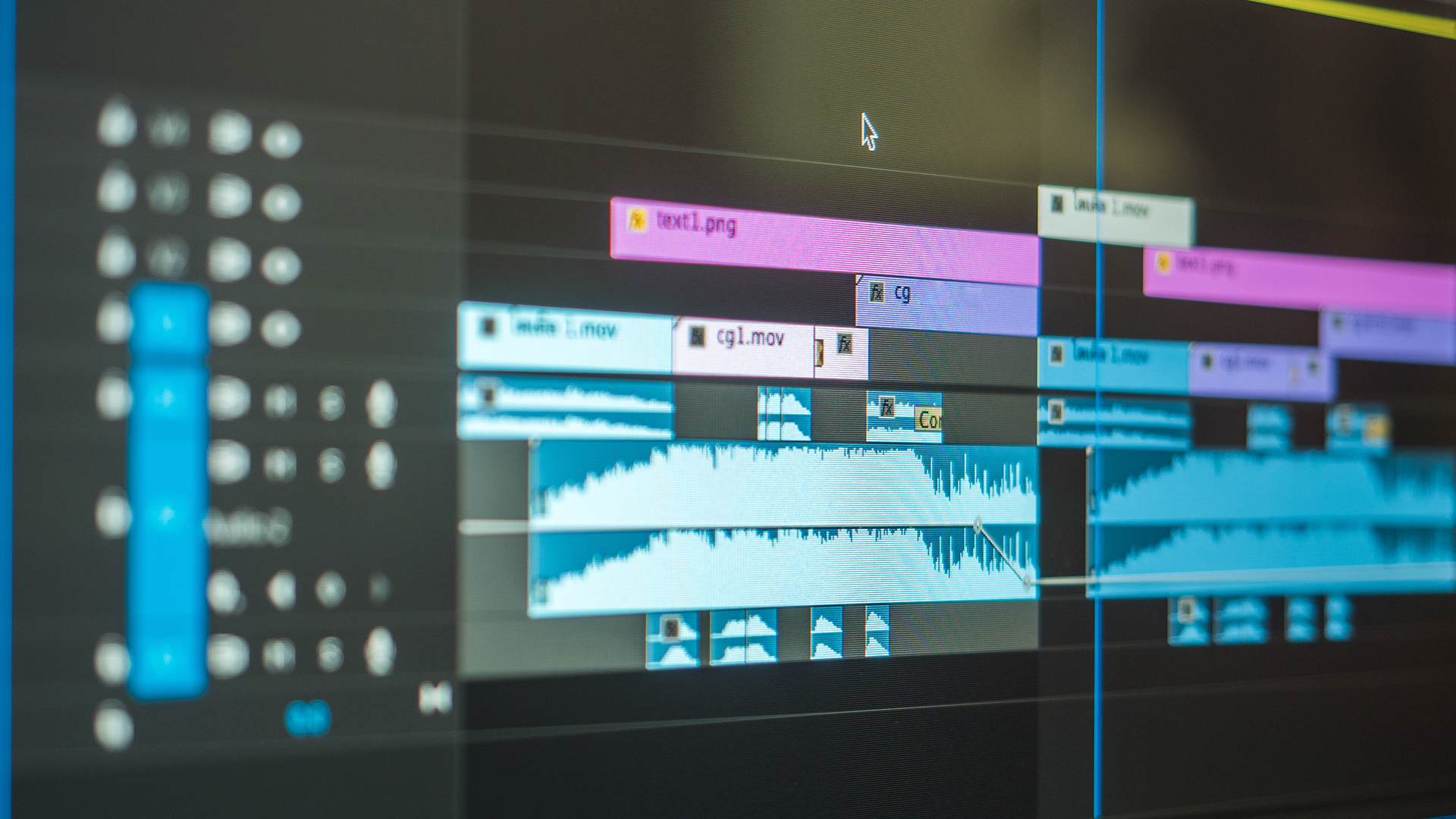 How the technological and musical revolution has gone hand in hand.

The first music playing device was a phonograph invented in 1877 by Thomas Edison. Since then, there have been consistent and continuous technological advances in how we listen to and interact with music.

10 years after the impractical invention from Edison, improvements began to be made culminating in the first full orchestra recording in the 1920s and the first commercially available vinyl LP record being launched in 1931. This began the record age and those of a certain age will remember the excitement of buying the latest LP from HMV and playing it until it became scratchy on gramophones and later record players.

Vinyl records asserted their dominance and even saw off the threat of 8-track tape sales until the mid-1980s where cassette tapes (which had been available since the end of WW2) overtook them in sales. Cassette tapes were a more effective, convenient and portable way of listening to music. Cassettes had higher fidelity and cassette players, The Walkman and boom boxes allowed for portability of music. No longer did you have to sit in your parlour and listen to music alone, you could share it with friends (and unwilling members of the public!)

Cassettes could also be easily recorded, bringing in the first idea of music piracy. I am sure we all remember sitting on a Sunday afternoon listening to the charts with our fingers hovering over the record button to get the latest releases recorded straight from the radio, then playing these all Sunday evening on our Walkman! Alongside cassettes, music videos were also becoming more popular.

In the early to mid-1970s music was being played on television but the videos shown were unrelated to the music. This changed in 1975 with Queen making a promotional video for their single “Bohemian Rhapsody” which has been credited as the first single for which the video was integral to its success.

This expanded in to the 1980s with MTV launching in 1981 with the appropriate song “Video Killed the Radio Star” Now scores of music lovers were not only learning the songs from their favourite artists but the dance routines that accompanied them. This really did lead to music stars becoming global phenomena and scores of global artists can track their success back to risqué or memorable music videos (Madonna for example) Like cassettes recording the radio, VHS soon became able to record television, meaning scores of teenagers were recording MTV, Top of the Pops etc and playing the videos over and over again.

The cassette music generation was a great catalyst of economic and social change. Globalisation was helped by the ease of transport of cassette tapes and soon western music was being played all across the globe. Working alongside the financial boom of the 1980s cassettes became an integral part of the Yuppie culture.

CDs were first introduced not long after in 1983 and overtook cassette sales in 1991 reaching peak market share in 2002.  CDs were much superior in sound quality, dynamic range and signal to noise ratio. Whilst cassettes remained popular for music on the go, as CDs were inherently “skippy” when being played on portable players, with the invent of electronic skip protection, CDs could now be played in portable Discman devices without the need to reduce how much you moved around!

The digital music age had begun and CDs continued to maintain their dominance for 10 years before digital streaming overtook. Alongside CDs for music, there was a massive increase in personal computer usage in the 1990s-2000s which complimented the CD generation. Whilst music piracy from cassettes came from recording the radio, the internet introduced Peer to Peer sharing platforms such as Napster where music could be downloaded (illegally) to your computer and then burnt on to CD. This opened up a massive amount of choice for consumers as if they were bored with the music they had, they just downloaded different songs and burnt them on to relatively cheap disks – although this is easier said than done with 1990s-2000s dial up internet connection speeds where you could spend 3 hours getting 90% of the song downloaded only for it to fail when someone else picked up the phone to make a call!

We have seen music so far running alongside wider social and technological changes – cassettes with music TV, CDs with the internet but the true alignment of technology and musical changes came with music streaming services.

First coming to the scene in 2005, music streaming overtook CD sales in 2014 to become the dominant way we now listen to music. This came alongside improvements in computer technology, internet speeds and most importantly social media, with My Space being the first social media site to reach a million monthly users in 2004. We could now post links to our favourite bands and artists and share our music experience much more easily and with a more receptive audience than ever before – no more boom boxes in the park upsetting the neighbours, or listening to one earphone of a CD player while our friend listens to the other. With social media we could now connect with like minded people and share in the enjoyment of our musical tastes.

This had an effect on the music stars. In the 80s-00s their image was carefully cultivated by their record labels and management. Interview questions and answers were pre-determined, routines practiced down to the last millisecond and magazine shoots edited. Few artists played live on music television and even fewer played live in concerts.

With the increase in social media presence of music celebrities they were expected to be ever on show – any deviation from the carefully scripted image soon went viral and could seriously affect an artist’s popularity – we all remember viral videos of pop stars having public meltdowns or being caught in compromising situations. The shine of celebrity had started to wear and we soon realised they were real people – they just had fame, fortune and often talent!

Alongside improvements in how we consume music, technology has improved (or not) the way music is created. Digital recording has allowed for improvements in sound quality of both artists and orchestras with multi-layered rich music sounds. Auto-tune was another technological improvement which helped to boost Cher’s comeback with “Believe”.

The portability, reduction in price and wider availability of home recording systems has opened up a new avenue for wannabe artists – being able to write, record and release your own music on social media can create thousands of followers before the record companies start beating a path to your door – and music television evolving to include the likes of The X-Factor gives a route for those that have talent but not necessarily the connections.

Streaming music has given us much more choice than ever before. No longer do you have to buy an album just to get that one song you like. Choosing different music and having an eclectic taste no longer means having to buy multiple CDs or cassettes and play-lists allow you to choose the music for your mood or activity.

So, for the consumer, it’s a no-brainer that streaming music is a greater benefit, but consumers are also rejecting the new technology and going back to vinyl. The vinyl market currently has a 4.2% market share of music – larger than CD sales. Whether this is because of nostalgia or that digital streaming doesn’t give us the physical act of opening a record, smelling the vinyl and placing it on a physical player or whether like the leather jacket it’s a cyclical fashion remains to be determined but it is the millennial generation that are moving back to vinyl.

Is streaming better for artists though? There has been much in the media about artists receiving fair royalties for their streaming. With streaming, on average 16% of the revenue goes to artists, compared with 13% for CDs, which on the face of it looks like artists are getting a better deal. However, the average royalty per stream is 0.0028p whereas the average CD cost £8.00. Streaming proceeds vary massively with Spotify giving 0.002-0.0038p per stream, Apply giving 0.0059p per stream and YouTube giving 0.00052p per stream.

Doing a simple equation of 2013 CD sales vs 2020 audio streams, can give us a rough idea of the artists royalties.

These are just rough figures and doesn’t take in to account the variances in either streaming or CD costs, inflation, the additional royalties’ artists may receive from retaining more control over their music or the improved advertising revenue streams from being influencers, but on the face of it, it seems the CD generation was the most lucrative for artists.

So, technology has changed the way we consume music and music has evolved as technology has evolved, but there is evidence of a push back to a simpler time. Whether this means we will be ditching the streaming services, MP3 players and iPod and returning to Walkman and Discman remains to be seen, but I doubt it.